The Proud Students and the Good Tribesmen

June 24, 2019
Shahpur was a small town.  It was home to a few thousand people.  It had a few schools and a college.  The college was attended by over 500 students.    Every year, the students and professors of the college went on a picnic in the nearby forest

On the day of the picnic, the students arrived at their college dressed in colourful clothes.  The students got on to buses.  It was a jolly time.  There was music played and dancing in the bus itself.
The students were very happy.  They were busy clicking pictures of the forest and of one another.  Ramesh, Vinod and Kumar were three students in the picnicking party.   They were close friends
The bus finally reached picnic spot.  The students got down from the bus. 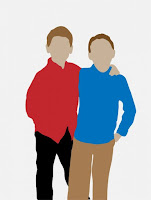 Soon, foldable tables and chairs were brought out and a sumptuous breakfast was spread.  Breakfast was soon over.  After the breakfast, there was a session of games and cultural programmes.
Ramesh, Vinod and Kumar soon grew tired of the events.  Soon Ramesh said,” Hi Guys! Let’s go into the forest to take some photographs. The trees are indeed beautiful to look at”.  The other friends, too, thought it was a good idea.

Soon, they entered the forest.  The forest was very beautiful.  The lush green leaves were soothing to the eyes.  The sweet fragrance of the wild flowers in the forest led the friends further into the forest.    The joyous chirps of the birds added music to that pleasant experience.  Ramesh and his friends took a number of photographs.  They had reached deep into the forest.

Soon, they saw a group of tribals wandering around with their cattle.  The tribals stopped on seeing them.  It was rare for outsiders to venture so deep into the forest.    The tribals invited the boys to their homes which were not far away.  Their homes were simple, made of mud walls and thatched roofs.  The humble tribals offered water and some fruit to the boys.

They boys looked down at the simple life of the tribals.  Dressed in modern trendy clothes, to them the clothes of the tribes looked primitive.  Ramesh asked the tribesmen about their day-to- day activities.  They tribesmen told him about their daily lives; they hunted in the forest and collected wild fruits.   Vinod was amused at such a crude way of life.  He was particularly shocked when he entered their huts.  There was no furniture at all.  There was a small sheet on the floor which was a bed.  Little children played around while their mothers prepared food.

The boys contrasted their modern life in the cities with the lifestyle of these tribes.  They grew proud.  They began to think of the tribes as ignorant and uneducated people.

It was soon dark.  The boys had lost count of time.  They had to return to the forest.  The tribesmen offered to take them by a shorter route across a river to their city, Shahpur so they could go home directly.  The boys agreed.

The boat was in the middle of the river when suddenly it hit a rock which lay under the water.  A hole was formed and began leaking water into the boat.  The boys were terrified.  The boat would sink in a matter of minutes.  The tribesmen asked the boys,”Do you know how to swim? The other bank is just a few metres away.”   The boys were ashamed.  They did not know swimming.  The waters were gushing into the boat.    They would drown.

They thanked the tribesmen profusely.  They were ashamed of how they had behaved and spoken and were sorry.  The tribesmen left the students after giving them directions to reach the city.

Children, this story teaches us not to be proud of our achievements and education.  We are what we are only because of our parents and our background.  Less fortunate people who come from poor backgrounds may not have our skills and abilities.  We need to treat them with respect.